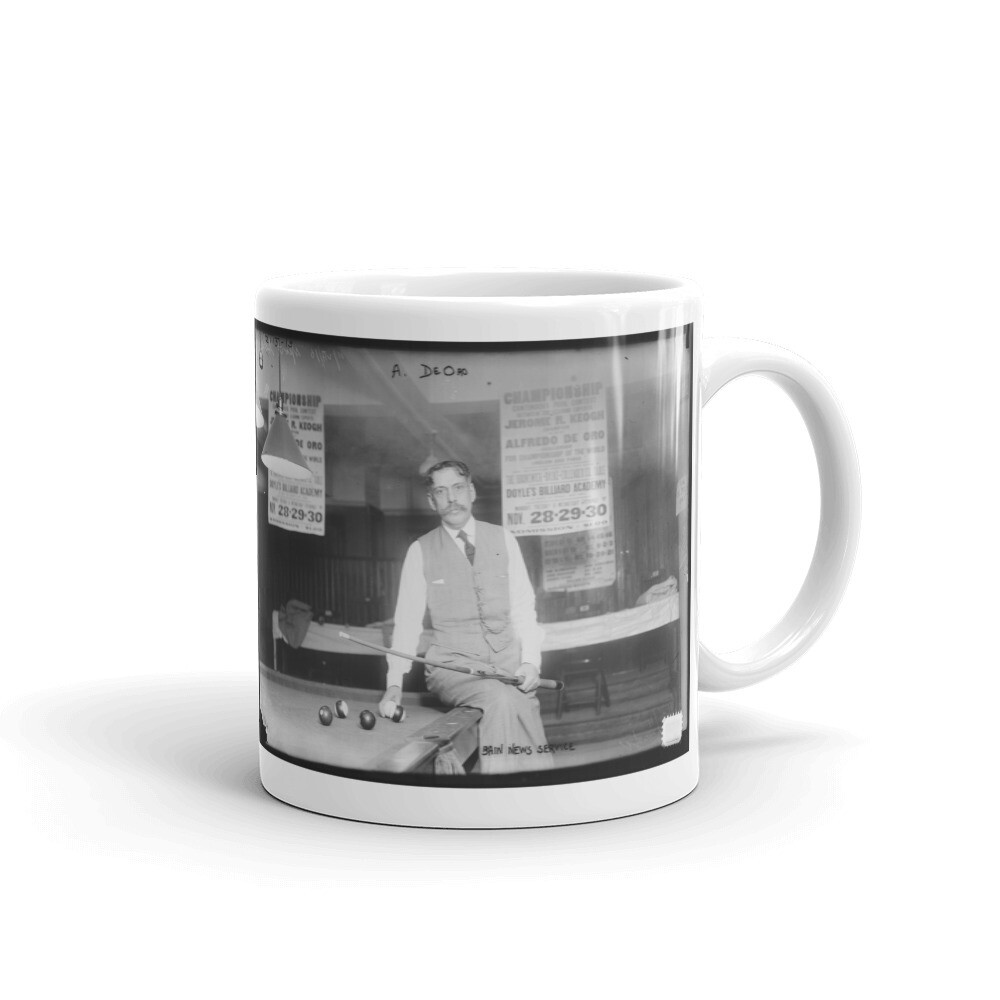 00011
$13.00
In stock
1
Product Details
Before Mosconi, before Greenleaf, there was the incomparable Alfredo de Oro. Drink your coffee Cuban style with the great Cuban master. The mug is sturdy, glossy and with a vivid print of the early champion that will withstand the microwave and dishwasher. And remember: all net proceeds from merch sales supports Pool History guest writers. • Ceramic • Dishwasher and microwave safe • White and glossy
Save this product for later
Display prices in: USD